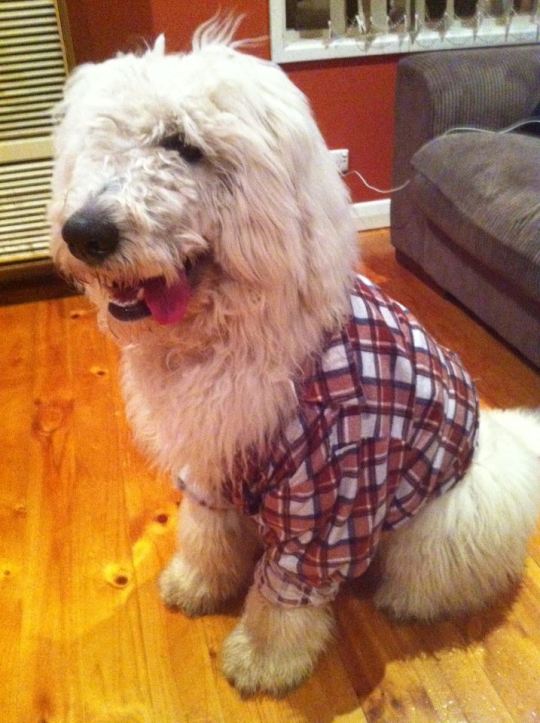 Grover is extremely handsome, with a HUGE fluffy, white coat, droopy ears and intelligent, dark eyes. When he needs a trim he’s slightly less handsome because he ends up becoming dreadlocked and frizzy, but most of the time he has movie star looks.

Grover loves people, and he loves cuddles, but he’s still really a puppy so what Grover loves most is to PLAY and that is how he sees visitors, whether they be human or canine. He takes a bit longer to get used to his fellow doggies, but once he realises they’re as keen to run around in circles as him, he’s their best friend!

Grover barely scrapes a two in this area because he is an extremely disobedient dog – living up to his ‘free spirit’ personality type quite well. He’ll sit, he’ll drop, but what use are those if he won’t come?

Obtaining food isn’t much of a problem – he’s very smart and an opportunist who often outwits his human counterparts and steals bits and pieces. He does tend to lose them to his brother quite often though because Grover is quite cat-like in his eating habits, slow and finicky.